Microplastics have made headlines

An alarming discovery has been made that races of plastic have been found in the human bloodstream!

Microplastics have made headlines. And it’s sent the medical field into a frenzy. Their existence has been known for quite some time now but it’s only recently that scientists have pinpointed the presence of microplastics in the blood. The health implications of this new ground-breaking discovery is still a mystery and it may be before long when we can know exactly the harmful effects microplastics have on our bodies.

Behind this breakthrough discovery was a well-thought out scientific experiment which involved 22 willing volunteers, and some very able minds. It consisted of each volunteer offering blood samples and these blood samples being examined for the presence of any microplastics. Unbeknownst to them, their research would be the topic of huge global  interest as 17 of these 22 healthy volunteers possessed microplastics of 4 kinds in their blood. This inevitably created a huge garnering of attention on a very large scale. In part due to the relatively high percentage of volunteers having microplastics in their blood and also partly due to the heavy reliance we have on these plastics that we use on a daily basis. These findings undoubtedly shocked the world, as our daily use of these now household items put everyone sitting at home on notice as this research directly affects them as it has affected the scientists involved.

Now, what are microplastics? Microplastics are tiny fragments of plastics of any kind with dimensions of less than 5 mm in any which way. Put in lay terms: they are invisible to the naked eye. There exist 2 types of microplastics: primary and secondary. Primary refers to the particles used in cosmetics whereas secondary refers to the breakdown products of larger plastic items. 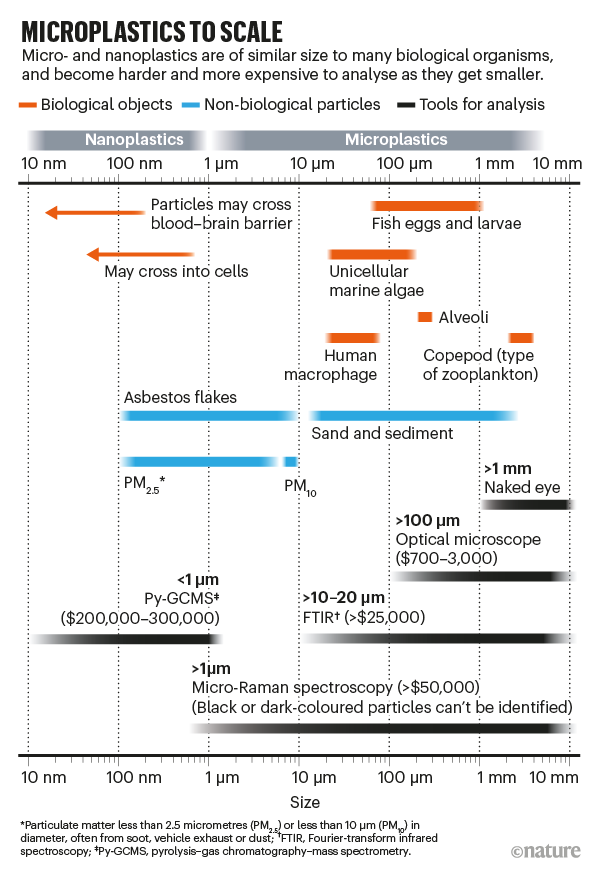 Natural processes including sunlight cause plastic to become very weak and brittle. Fragmentation means that microplastics become smaller and smaller until they are like dust particles. This causes the plastic particles to become nanoplastic, where it is impossible to separate from the environment.

“Microplastics are everywhere. They’re in the water, soil and even the air we breathe

Traces of microplastics have been found in the Arctic and Antarctic. Scientists believe the microplastic particles spread to the atmosphere through the wind, and the snow had allowed it to settle. Looks like there’s now no place in the world where there aren’t microplastics.

How are microplastics found in water?

1. Run-off from land-based sources which include:

2. Wastewater overflow (both treated and untreated), including:

The question now posed to these researchers is the implications this new discovery has to our health. Frighteningly little is known of the consequence of such particles freely swimming in our blood plasma which makes our frequent use of these plastics feel ever more foolish. What we do know is that there may be several ways in which these microplastics have infiltrated our blood. Be it via: the air we breathe; the food we eat; the water we drink; any personal care items such as tooth pastes; tattoos and the list goes on.

What happens when these microplastics enter our blood is up for speculation but there have been investigations on the effects of microplastics on cells. An in vitro study, found that microplastics can destabilise the lipid bilayers in cells- a universally fundamental component of all cells. One which forms the barrier around the cell. Any disruptions to this aforementioned barrier undoubtedly interferes with it’s functioning. Further studies have also shown that microplastics have had many more effects on cells, most notably cell death. Though more research needs to be done, it’s credible to say that these particles can move via the bloodstream into organs and could potentially cause harm. As is the common theme with this dilemma, the effects of microplastics infiltrating  organs is still unknown.

Although the discovery of microplastics in the blood has caused quite a stir in recent news; very little is known about them and the effects they have. And when referring to the aforementioned studies identifying microplastics in the blood, the sample size is too small and it should be stressed further research must be done. For instance, it remains to be determined whether or not plastic particles are present in the plasma or are carried by specific cell types. Only time will tell.

How do we reduce microplastics?

Wastewater and drinking water treatments are highly efficient at removing microplastics. As a matter of fact, studies show it can remove up to 90% of microplastics. However, there are also a lot of things individuals can do in order to reduce the amount of them too.

Modern lifestyles include using disposable one time use cups, plates and cutlery. It is thought that we use plastic utensils for an average of three minutes, however it will remain in the environment for hundreds of years. Single-use food packaging is also a major contributor to plastic pollution too.

Irresponsible littering is also a major cause of the release of so many plastic fibres into the environment. Instead of throwing litter into recycling or even normal bins, some people leave all their rubbish lying on the floor. This is a major issue particularly for such synthetic materials, as they degrade into microfibres of plastic.

Removing certain types of plastics is a good idea in cases of some items – such as plastic straws; these are now banned and there are alternatives such as paper and metal straws. However, plastic syringes are essential for infection control in clinical settings, hence it is important to keep those types of plastic items.

It’s really hard to find the balance between managing plastics and controlling climate change. For example, making plastic jars into glass jars of pickles would reduce the number of microplastics secreted into the environment, however less jars of pickles would mean that more need to be transported for shop stocks, which emits more greenhouse gases into the atmosphere. If we decided to change to organic clothing, more land and water would be needed to grow the cotton, which could lead to an increased cut down of trees. It is therefore more of a case of pairing alternatives and finding the best solution out of the alternatives for each case.